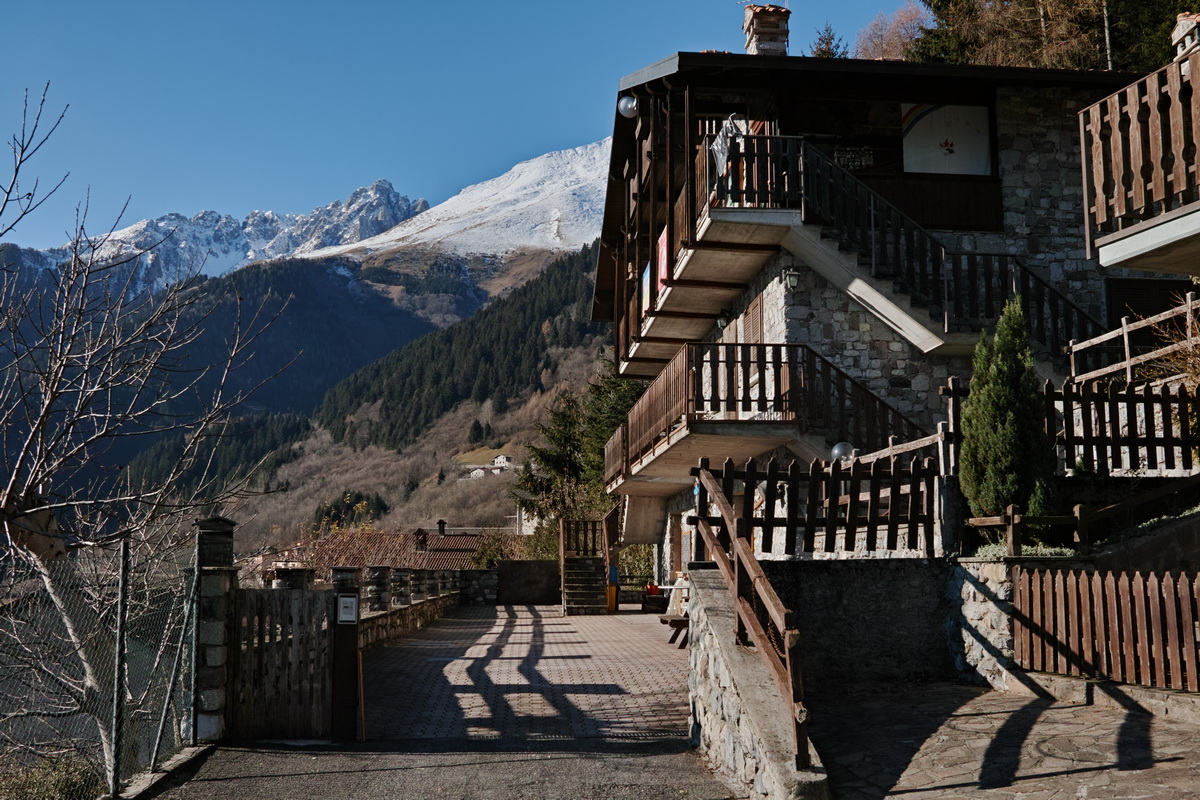 DESCRIPTION OF THE NEW HOUSE

Arcobaleno house is located in the Villa’s hamlet in the municipality of Lozio.
Coming from the valley floor and gone beyond the country’s entrance, after the fountain one takes the road on the right in a steep slope and gone beyond a “Santella” (a typical votive shrine) one turns on the left. The road ends in front of the house’s gate that is located to the second floor. The gate put in a panoramical balcony, is designated to the deposit of boots, indoor an equiped kitchen and a large dining room characterised by a ample window on the valley. In the same floor there are two bedrooms, with bunk beds, one for four sleeping accomodations and the other one for six, there are two bathrooms, one with tank and wc and the other one with the shower, laundry and washing machine, another bedroom is in the attic, with six sleeping accomodations and a bathroom with wc. Totally Arcobaleno house offers 16 sleeping accomodations.
At the ground floor there are two large spaces, dining room with bathroom and big kitchen destinated to occasions like lunches and group’s feasts. Whole building is warmed up.

Lozio is located at 1000m above sea level in Valle Camonica (Brescia), petrogryphs land, thanks to which it has become the first site recognized by Unesco in Italy. The municipality of Lozio is divided in four hamlets:
Sucinva, the smaller with only 48 residents, placed in a climatic situation so much favorable to allow, a while back, the grapevine plantation in spite of altitude;
Laveno, municipality and post office headquarters, last “istitutional” places that are in the small mountain villages; Sommaprada, located at the feet of Concarena and Bagozza, destination of a good religious tourist flux because the presence of a foundation very well-known in that ambience;
all in all Villa, located at the feet of Pizzo Camino and Monte Sossino, the most populous hamlet with 200 residents and rich of buildings destinated to summery vacation.
Arcobaleno house is exactly in Villa’s hamlet, from which branch off numerous paths for excursions with different difficulty levels, from those appropriate for families till those dedicated at those expert hikers. In Villa one can also visit the rest of Noble’s medieval castle and the House/Museum “Gente di Lozio”, dedicated to the typical farming life of the contradas.