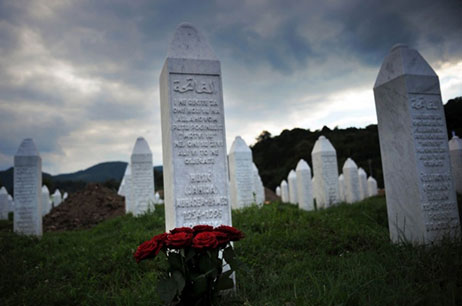 NF Italy (Gruppo Italiano Amici della Natura), given the interest shown on the management of its NF houses and the socio-cultural implications, calls for a meeting with the “Alexander Langer Stiftung” foundation and the “Adopt Srebrenica” association to be held in Bolzano (Italy) on Sunday 25th October 2015.

The aim of such meeting is to touch base with the “Adopt Srebrenica” (BiH) association regarding their preliminary conditions and intention to open a centre for soft, sustainable tourism in Srebrenica (Bosnia) which could give a significant contribution to restarting the dialogue and improving life conditions in the town.

Srebrenica is now an impoverished town that used to have a thriving, internationally-oriented economy before the war, thanks mostly to its high-quality spa’s and the beauty of nature. Should the meeting give positive results we could schedule an exploration trip to Srebrenica in order to assess the situation on the spot.

Considering the complexity of the situation and the poor financing by governmental bodies, NF Italy asks for the collaboration of other NF Federations starting from this very first stage of exploration and project-making.

Srebrenica is the town in Bosnia and Herzegovina that the UN committed to protecting in 1993. The town was besieged and underwent ethnic cleansing and aggression from 11th July 1995 by the army of the self-proclaimed Republika Srpska that perpetrated a massacre here, described as a genocide by the Hague Tribunal.
Here 8372 men aged 12 to 77 were killed and buried in mass burials in just 5 days, after being separated from women, children and elderly people. Houses, infrastructures, mosques, public buildings and spa’s were destroyed during the war; of the 37,000 people living in town at that time (2 thirds of which were Bosniaks) only 7,000 people live in Srebrenica today, most of whom in the mountain villages where life is slowly but promisingly coming back to normal.
The works to rebuild the spa were started but have now been stopped for three years due to a litigation on water utilization rights between the Srebrenica municipality and the Republika Srpska government.

Two meetings were held in November 2014 and July 2015 with the patronage of Bolzano’s Alexander Langer Stiftung Foundation, that has been supporting Srebrenica on the spot for 10 years now together with Tuzla’s Tuzlanska Amica association, Tuzla being the town that received the highest number of refugees; during these meetings we met a mixed group of young people really attached to Srebrenica, who created the Adopt Srebrenica association thanks to their interest in the town and their commitment. In time this association has built a strong relationship with other associations – not only local – promoting the town and an information Centre on the history of this territory before the war, visits of students and other interested groups, cultural events and peace initiatives.

At the time of war the youngsters we met in Bolzano were between 2 and 5 years old and today they are going through a difficult time. Their aim is not only to promote knowledge and meeting opportunities but also to turn Srebrenica into a welcoming place, as it used to be, where different cultural and human identities can be revived thanks to new relationships, exchanges and work activities.

Within the Adopt Srebrenica association both the President Nemanja Zekic (nemanjazekic2@gmail.com, cell 00387671103822, English speaker) and the Member Assembly President Bekir Halilovich (bekirhalilovic@yahoo.com, cell 0038765370432, English and German speaker) are willing to coordinate the project.

NF Italy asked to Adopt Srebrenica and the Alexander Langer Stiftung Foundation representatives to be informed about tourism opportunities in the city. Listed below there are the main items. In Bozen on 25th October we should receive more items and more information

o   Getting to know the history of Srebrenica before, during and after the war so as to create a link with the Potočari memorial centre and other remembrance sites in the respect of truth and the different stories of local people.

o   Visit to the old Guber spa (currently under renovation), a renowned spot before the war for the very good quality of its water.

o   Activities already in place to go back to agriculture and to the production of crops and herbs typical of the local tradition (e.g. the cooperation between the villages of Osmace and Brežani for buckwheat, the establishment of the women association Potnica (Forget-me-not) for rural tourism, herbs cultivation and sustainable agriculture.

Development projects involving local archaeological sites as well as other charming spots such as the so-called Perućac Lake, created by a dam on the Drina river: here the association “Za Srebrenicu” has renovated an old school and arranges camps for youngsters and adults coming from Bosnia and Herzegovina and from other European countries.